This week (Weds 14th) we formally launched the first project at a small ceremony in St George. We now have six beautiful flats almost complete, and it was time to show them off to the media. 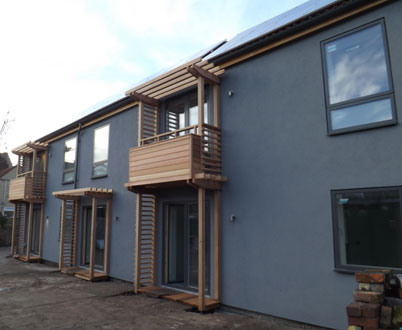 Above: As you can see, they look particularly nice now the balconies are in place 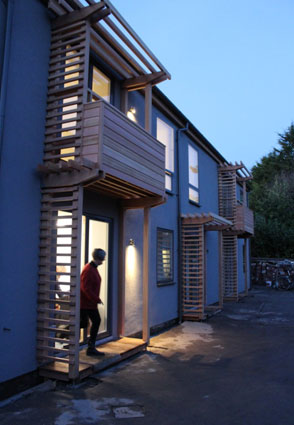 Above: And even nicer in the dusk 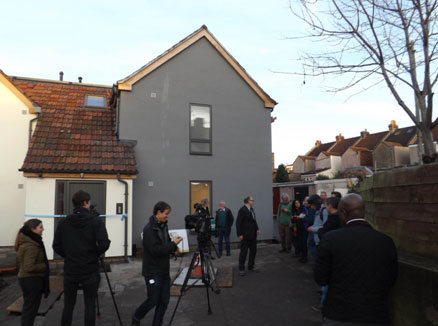 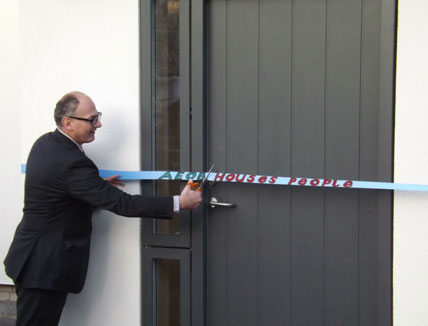 Above: Councillor Paul Smith cuts the ribbon to open the building

Councillor Paul Smith, Bristol’s cabinet member for housing, cut the ribbon to open the building for inspection.
The council was not involved in this first project, but he looked forward to AEOB’s next development. “Next time, I hope I can say we did put something in”, he said. “AEOB is one of a wave of community housing initiatives that can help transform housing in Bristol.

It was a great way to mark the culmination of three years work to convert unused commercial premises into social housing, backed by community investment. The flats are built to the highest standard, with triple glazing, solar panels supplying domestic energy, and underfloor heating. Chris Askew, of Askew Cavanna Architects, said “This is an amazing achievement, building affordable accommodation that is not mean”.

That’s him below on the left, with Tony Crofts and Paul Smith on the right. 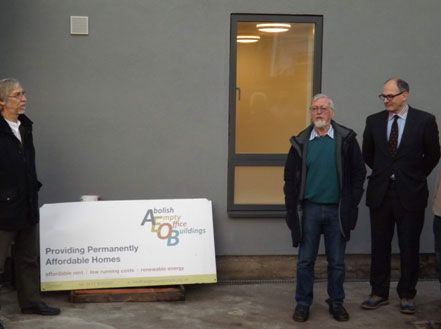 Above: Tony, one of our directors, thanked all AEOB’s shareholders
and all our donors, helpers. And supporters. And so say all of us!